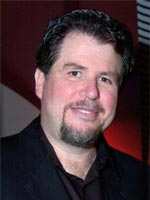 :: ประวัติย่อ :: In much the same way that director George A. Romero creative output has been primarily centered around the highly successful "Dead" series of zombie films, then fellow fantasy director Don Coscarelli has for over two decades seen his universe swirling around the lesser successful, but equally cult, and much loved "Phantasm" series of horror movies.

Coscarelli was born in Tripoli in North Africa, but raised around Southern California, and was interested in the cinema from a young age and together with his friends they made several low budget movies that aired on community TV stations to very positive feedback.

After a low key start with his first feature film embracing the trials of a young teenager caught in a world of alcoholic abuse Jim the World's Greatest (1976), Coscarelli followed this up with a lighter comedic tale about another youngster and his view of the world as an impressionable 12 year old in Kenny & Company (1976). However, the imaginative Coscarelli then really hit the (horror) big time with the 1979 release of the highly inventive fright thriller Phantasm (1979). Once again, a young boy is at the center of a spine-chilling story about a creepy funeral home, a sinister Tall Man (wonderful acting by Coscarelli's long time buddy Angus Scrimm), disappearing corpses, malignant dwarfs and a gateway into a hellish, other world dimension. Shot on a very modest budget, Phantasm (1979) was hotly received by horror fans worldwide, and the film has since spawned three sequels...each fairly decent in their own right! First up was the gorier Phantasm II (1988), followed by Phantasm III: Lord of the Dead (1994), and the third sequel to date, Phantasm IV: Oblivion (1998). A fifth and final sequel titled "Phantasm's End" has been apparently discussed, but nothing further has yet eventuated on this project. As the Angus Scrimm is approaching his 80th birthday, Phantasm fans hope that the "Tall Man" will be there for the proposed final chapter of this thrilling saga of the Undead!

Apart from the "Phantasm" series, Coscarelli also wrote and directed the well received sword and sorcery film The Beastmaster (1982) starring athletic Marc Singer and the eye-catching Tanya Roberts being pursued by villainous high priest Rip Torn. And recently in 2002, Coscarelli cast horror & fantasy film screen hero Bruce Campbell in the highly off-beat Bubba Ho-tep (2002) that depicts Elvis and John F. Kennedy hiding out in a Texas rest home operated by a 3,000 year old cowboy boot wearing mummy! A strange script it may sound, but indie and horror film fans loved the unusual premise and quirky humor, and the film was a hot hit at several film festivals and has spawned a further cult following for Coscarelli and Campbell.

Coscarelli, similar to gifted fantasy directors such as Wes Craven, Sam Raimi and George A. Romero has carved himself a true cult niche in modern horror film history, and his loyal fans eagerly await his next project.