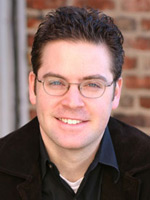 :: ประวัติย่อ ::  RYAN SHORE is an award winning composer and one of the busiest and most versatile new voices in film scoring.

Recently, he has scored Prime for Universal Pictures, starring Meryl Streep and Uma Thurman, which was written & directed by Ben Younger (Boiler Room). It was released nationwide on October 28th, 2005, and the soundtrack was released on Varese Sarabande on October 25th, 2005.

Shore has also composed original on-camera music for the upcoming film Fur, starring Nicole Kidman and Robert Downey Jr., which is directed by Steven Shainberg (Secretary). He will also be seen in the film performing his original music.

Additional upcoming films in 2006 include Kettle of Fish starring Matthew Modine (who portrays a saxophonist) and Gina Gershon, for which he composed the jazz songs and wrote and performed all of the saxophone solos for Matthew's character; 212 (2005 Sundance Film Festival); the horror film Headspace starring Sean Young, which he recorded and conducted the score with the Slovak Radio Symphony Orchestra in Bratislava; Confession starring Chris Pine; and the thriller Ladies Night (Sony Pictures Home Entertainment).

For his score to Cadaverous, he was honored by Academy Awardฎ winning composer Elmer Bernstein (To Kill a Mockingbird, The Magnificent Seven) with the Elmer Bernstein Scoring Award at the Woodstock Film Festival. This prestigious award was judged solely and presented personally by Mr. Bernstein. Other scoring honors include the Rhode Island International Film Festival Best Score Award for the comic book-based animated film Rex Steele: Nazi Smasher, which he recorded and conducted with the 110 piece Czech Philharmonic and Choir in Prague.

Shore has played saxophone on tour with Matchbox Twenty for the Mad Season album including a performance on The Late Show with David Letterman. He has also performed on saxophone with other artists including Natalie Cole, Oleta Adams, Gerry Mulligan, Clark Terry, and The Uptown Horns.